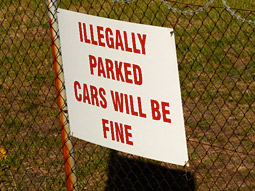 It’s all Maria Mariana’s fault. She was one in a group of six linguists from Georgetown University who, back in the 70s, first developed an automated way to check spelling and grammar on word processing programs for IBM. Perhaps, though, she meant well. Thought it would be a good thing to create this seductive monster that can batch-attack the often time-consuming and ponderous human task of checking one’s work for errors.

Backfire, Maria. Semi-total epic FAIL! Spell-check has made us lazy. It has lulled us into a false sense of security with its offers to change your grammar or correct that questionable word. We all have stories of spell-checking failure, some with embarrassing and humorous results. Here are a few more reasons you should never trust that pathetic plug-in with your important work.

My physical therapist worked out a weight-bearing routine for me that stimulates my osteoblasts, which are the cells that build new bone.

The spelling and grammar checker in my version of Microsoft Word wants to replace “stimulate” for “stimulates.” It believes that the subject that is being stimulated is plural…actually, I have no plucking idea what it believes. It’s just wrong.

Spell-check suggestions for this alleged error in “subject-verb agreement” include “Pete’s is working” or “Pete’s was working.” The writer’s intention was to state that Pete is once again gainfully employed. But good old SC doesn’t know this, and assumes that something of Pete’s is now or formerly was functional.

3. Spell-checkers can’t find missing words. “Ted raced the sink” has a rather different meaning than “Ted raced to the sink.” In a long document, particularly one you’ve been poring over draft after draft, your brain will supply the missing word. So, you may miss it in the proofreading and lead your readers to believe Ted has been imbibing and sincerely believes he and the sink are in competition.

4. Spell-checkers can auto-correct you into situations in which you do not want to be auto-corrected. A former colleague, who normally relied upon his assistant to correct and send out his correspondence, decided to give her a break and take care of some of his own. In an e-mail that went out to the entire sales staff, he intended to ask for their opinions on a new sales program. He ended with, “I look forward to seeing your evaluation.” Only, because of his less-than-stellar keyboarding skills, his spell-check program decided he meant to type “ejaculation.” Yeah. It went out that way.

5. Spell-checkers won’t tell you if your formatting is inconsistent. This is one reason why you should never abandon something as format-dependent as your resume solely to the eye-chips of your computer program. It won’t tell you that you’ve ended some bullet-text items with periods and left them off others. It won’t tell you a heading is in the wrong font or tabbed in too far. These sorts of things are CRUCIAL to swing by your own eyeballs, especially if the job you desire has anything to do with attention to detail.

6. Spell-checkers don’t measure up to humans…at least not yet. Flawed as we are, we’re still better than machines at certain tasks, like knowing what we meant to say. Don’t have time to proofread or can’t tell if your participles are dangling? Hire a human.

Have any good spell-checking horror stories?

3 thoughts on “Why You Should NEVER Trust Your Spell-Checker” 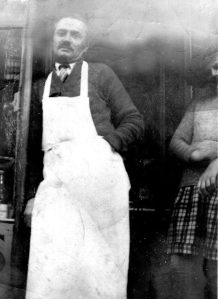