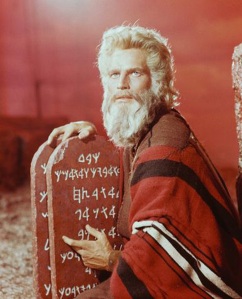 My uncle, who passed away some years ago, wrote and had published several novels, the bulk of them crafted roughly around his terrible relationship with his father and his childhood in the Catskills. I remember reading one of his unpublished works, the onionskin typewriter paper sticky to the touch as I turned the pages, desperately afraid that I would crinkle them or, God forbid, get them out of order. Even though computers abounded, my uncle refused to get on board right away, preferring the clatter of the keys and changing endless ribbons to the new technology.

As I began to write fiction (on the computer), and because I knew no one else who’d been published, I looked up to him as a kind of folk hero. I wanted him to read my first manuscript. While his enthusiasm at my request wasn’t exactly palpable-he taught college classes at the time and probably had all kinds of eager young manuscripts to read-he agreed.

The wait for his comments unnerved me. I kept anticipating his response, from “This is great, I will forward it to my agent at once!” to “For a first novel, this manuscript is remarkably free of typographical errors.”

Turns out it was a bit of both. Blaming his age and the fact that he didn’t consider himself the audience for my book, he said that he couldn’t really “connect” with my subject matter. That hurt, and overshadowed the positive feedback. It’s human nature, I guess, to hone in on the 2% of the negative things and ignore the 98% of positives. But one thing he did write stuck with me: “You have not, however, broken the first commandment of writing: ‘Thou shall not bore.'”

And I think of this and of him, with each novel I write and edit (and edit, and edit, and edit.) For a reader, cracking open a novel is a commitment, of time and mental disk space. My job is to make that worthwhile. Along my journey, I’ve learned five other commandments upon which he and I would probably both agree:

It’s an honest impulse beginning writers have to throw every bit of backstory and description into the first chapter. They want the reader to know EVERYTHING right away. But, imagine if you meet someone at a party and start babbling about where you’re from, how many siblings you have and all of their names and bad habits, why you can’t finish projects because of your fear of success, which came from your mother, and that’s why you’ve been in therapy for thirty years. If he or she hasn’t run away screaming already, your companion is probably readying an excuse for a hasty exit. Don’t do that to your reader. Let the story and the details unfold. Seed in that important stuff as you write or revise. You may find that it can be expressed in better ways. Or even eliminated.

2. Thou shall not abuse dialogue.

Dialogue is best used to define a character or relationships between characters, and to advance the plot. The strongest mark of a rookie dialogue-writer is using it to summarize backstory. As in, “Well, Mary, as you remember, when our brother turned forty on April 25th, and his new girlfriend, Suzy, threw him a surprise party even though they’d only been dating for a week, that horrible Josabeth, who cheated on him while they were married with Thor, her personal trainer, canceled her ski vacation to attend, even though we didn’t invite her, and…” Augh! Way to slam the brakes on the story! How much simpler, and more intriguing, to write: “Can you believe that wench crashed Sam’s party? No wonder he’s drinking again.”

3. Thou shall not introduce characters that serve no purpose.

Just because you’ve always wanted to make that weird guy who shares your cubicle a character in your novel doesn’t always mean he deserves to be there. Yes, if he’s your protagonist or a character that will either help or hinder your protagonist in reaching his goals. Yes, if he provides background color relevant to the story. For example, if he’s a party reveler trying to waylay your protagonist from his promise to go straight home to his wife and kids. Or, as in The Grapes of Wrath, a used-car salesman who takes advantage of fleeing Dust Bowl victims. He serves to highlight the Joad family’s plight, but then disappears from the novel. He is no longer needed.

4. Thou shall serve no wine before its time. (With apologies to Paul Masson.)

Woo hoo! You just finished the first draft of your manuscript! Maybe it was your National Novel Writing Month project, and you can’t wait to see what literary agents think of it. Slowdown, bucko. Unless you’re Tom Robbins (who, it’s rumored, refuses to edit and somehow gets away with it because he sells a lot of books), keep polishing that manuscript until it glows. It could take four, five, six, seven, eight drafts or even more until you’re ready for prime time. That was my mistake with my first manuscript. (Not the one that will be published in July.) The characters and the plot were fairly good, but the writing wasn’t ready, and I wasn’t experienced enough to know it. However, 138 agents didn’t mind telling me. I still have all the rejection slips. Maybe one day I’ll make a collage.

5. Thou shall honor thy main character’s integrity.

You might have heard people talking about fiction as either “character driven” or “plot driven.” The former means that the story emerges organically as the character develops. The latter uses strong storytelling techniques and moves the characters through the plot. Very well known and successful novelists use both techniques. But here’s where it starts to go wonky: when you make a character do something that isn’t in his or her nature, just because it’s part of the plot. Readers hate this. It sounds a false note and erodes your credibility as a storyteller. If your mild-mannered software engineer becomes a raving ax murderer at the end of the book, then you better show the seeds of this behavior in the development of his character, or we’re not going to believe it when he gives his mother 40 whacks.

What other commandments would you add? Or have you violated? Readers: what do writers do that make you not just put down their books but wing them against the nearest wall?

7 thoughts on “6 Commandments For Novelists”