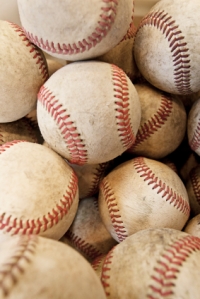 On January 11, 1973, Major League Baseball’s American League enacted the Designated Hitter rule. It’s a stupid rule, in my opinion, and many baseball purists agree with me. The rule states, in part, that the position in the batting order normally taken by the pitcher may be replaced with a “designated hitter,” and therefore the pitcher may remain an active player (on the mound) without having to hit and, you know, break a nail or something. Since professional baseball, outside of its art and poetry, is also a business, here’s what the consequences of this rule have taught me about the business world:

1. Keep your skill set updated. Have you ever watched an interleague or World Series game and noticed that the American League pitchers (when they are forced to step up to the plate at a National League team’s park) look like little leaguers taking their first swings at the ball? Since they don’t have to bat, they lose the ability, while some of the National League pitchers, like current free agent Dantrelle Willis, are pretty decent at the plate. Therefore, if you’re in the market for a pitcher for a National League team, one who doesn’t embarrass himself in the batting box is a much more attractive option.

2. Think strategically. Part of the manager’s job is to think strategically. The game of baseball has many moving parts, including where you position your fielders, how your batters fare against left- or right-handed pitching, and how to keep tabs on a speedy baserunner like the New York Mets’ Jose Reyes. The designated hitter rule removes from the manager’s purview decisions about keeping the pitcher in the game as the ninth spot in the batting order grows closer. This is a huge part of a National League manager’s responsibility. Letting the American League managers off the hook is doing them a disservice. Yes, it can be said that relieved of this responsibility, AL managers can better focus on other parts of the game, but I believe a NL manager is more well-rounded in his strategic thinking. At work, too, if you opt out of some aspects of strategic thinking, you could be letting your competitors hit your hanging curve out of the park.

3. Change can be good…if you allow it to happen. In the American League, a heavy hitter who is no longer as effective in the field, like Boston Red Sox DH David “Big Papi” Ortiz, is very often put into the designated hitter position. This allows a player who has grown slower or battles chronic injury to extend his career. This, some say, also saddles a team with yet another player on the roster with limited abilities when they could shop for a player who can hit and field well. In the business world, many people are afraid of change, even hanging on to concepts and practices that no longer work as well as they used to.

4. Don’t hide your talent. If a pitcher comes up to bat with a man on first, he may attempt a bunt to move the player into scoring position. Because this happens so frequently, many National League pitchers are excellent bunters. In the National League, a random position player may not be able to lay down a killer bunt or even an effective one. American League pitchers, although they might have this ability, rarely get to try. It deprives them of a chance to show that they have other ways of helping their teams win than just on the mound. Maybe you can help your business succeed by using some hidden talent.

5. Life isn’t fair. Historically, American League teams score more runs than National League teams, and some say have an advantage in interleague and World Series games. This is, I believe, because National League managers are saddled with more responsibility. Until Major League Baseball decides to either enact the DH rule for the National League or get rid of it entirely, this inequity will continue. But that’s life, and the faster you accept that some things are not fair, the better you can focus on continuing to do your best. And maybe work on correcting those inequities for the future.