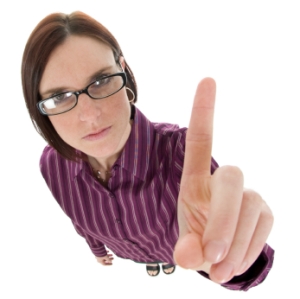 I don’t know why, but tell someone you’re a writer and more often than not, you will walk away with unsolicited advice, maybe from a tidbit that person heard on Oprah last week. Even asking for advice can be trouble. Some of the head-scratchingest advice I’ve gotten has been from those in the book industry. Here are some of the wackier things I’ve heard: (Note: Your actual experience may vary.)

1. Write what you know. Pretty much every writer has been hit with this one. Yes, writing about people, places and situations you are intimately involved with might make your writing more immediate and more powerful. (How could Mark Twain have pulled off so many of his great novels if the Mississippi didn’t course in his veins?) But this type of dogma can limit your creativity by forcing you to focus solely on what and whom you’ve been exposed to. What about science fiction and fantasy writers, who imagine worlds so palpable it’s hard to believe they don’t exist in “real life”? How could Gene Roddenberry have created Star Trek or Frank Herbert written the haunting, sandworm-infested world of Dune if they’d stuck solely to writing what had passed by their eyes and ears? Perhaps we could tailor that phrase, as many have suggested, to read, “Write what you want to know.”

2. Comedy doesn’t sell. Augh! And me, a (mostly) comedy writer! Yes, comedy is subjective. This may be why some agents are reluctant to take it on. But there sure are a lot of people buying Carl Hiaasen, Janet Evanovich, Sophie Kinsella, Rita Mae Brown, Nick Hornby, Dave Barry, and this guy, who you should not read, apparently, if you have a heart condition or are drinking any liquids.

3. Adults don’t want to read stories with teen protagonists. An agent told me this, as I shopped around a novel with a sixteen-going-on-thirty-year-old protagonist. I think it’s ridiculous. Had she never heard of Holden Caulfield? Or maybe Bella Swan? Twilight readers aren’t all teens. Many of them are mothers of teens.

4. The novel is dead. Are you kidding me? We could argue about the possible disappearance of printed novels underneath the wave of e-book sales, but story itself? No. We humans want to read stuff about other human beings. Or Romulans, depending. Sales figures show that. Categories may shift in popularity (vampires this month, cheeky British singletons the next) but taken as a whole, novel sales are not horrible, with romance novels at the lead.

5. Women can’t write male POV characters (and vice versa). This is a fascinating bit and I could probably write a whole blog (or two) about it. A teacher of mine, for whom I have nothing but respect and admiration, regularly lectures women writers to stay out of men’s heads. That we couldn’t possibly know how men think, and if we asked one, they’d lie. I have a problem with this. Yes, I’ve read many stereotypical, cardboard or just plain WRONG female POV characters written by men (Steve Martin’s Shopgirl in particular disturbed me), and I imagine you guys could give me a few examples of off-key male characters written by women. But have you read Memoir of a Geisha? Arthur Golden did his research, interviewed geishas and even made himself up as one so he could get closer to the characters he wrote so brilliantly about. Jonathan Franzen took some heat for writing female POV in Freedom. NPR’s Terry Gross asked him if, as a man, he’d found it challenging to write Patty, his female POV protagonist. Franzen merely replied that he’d grown up around women. So, what’s not to know? I grew up with a father, two brothers, and later, a whole bunch of stepbrothers. And mostly (judging from the feedback of guys who’ve done my crits), my male characters are authentic. Unless they’ve been lying to me.

I hope you won’t lie to me. What is the wackiest advice you ever got about writing, or about anything else?