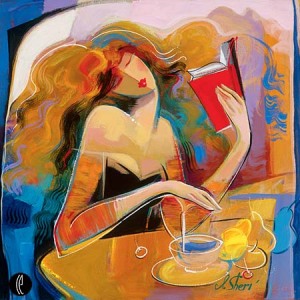 I’m an omnivorous reader, but mainstream fiction owns my heart. Call it general fiction, mainstream, or commercial, but don’t call it a “default” genre for everything that doesn’t fit into the tidy, Amazon-approved taxonomy! Mainstream fiction is, at its core, about the art, tragedy, and comedy of being human. Mainstream novels are set, mainly, in a realistic world. Most are contemporary and many are historical, set in a time that was particularly transformational in the life of the protagonist. This is why you see so many “coming of age” novels, like To Kill a Mockingbird, The Secret Life of Bees, The Ice Storm, and Cutting for Stone written against settings of great social, cultural, and political upheaval. Most mainstream novels are driven more heavily by character than by plot. Most have themes. Story arcs. Protagonists, often in a guise of a comfortable life at the beginning of a story, are shaken from their lethargy by events large and small. Or, like John Irving’s The World According to Garp, one of the first mainstream stories to capture my writerly attention, Garp enters life at a great disadvantage and must find his own way and make his own family. Characters in some of the best mainstream novels want something badly. They are willing to move mountains to get it. Save the world, save a life, save a tree…all can be worthy goals if they are difficult for a character to obtain. A character’s journey can be as broad as reinventing one’s life after the loss of a loved one, or as small as taking a first step from an uncomfortable place. While they don’t always have happy endings, and even though some may consider me a literary dinosaur for writing in this genre, I enjoy the journey, the feeling of sinking into a universe of characters, a place, a time, knowing it will transform me, as well.