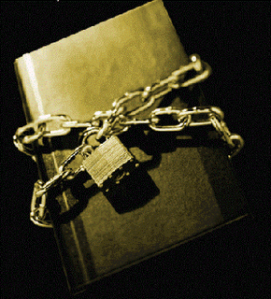 Sometimes we won’t read a classic work of literature until a teacher plops a copy on our desks or they show up on a college “recommended reading” list. True, I have randomly picked up books like Moby-Dick, The Catcher in the Rye (banned as late as 2001), Cat’s Cradle, and The Sun Also Rises (also banned, and burned in Nazi bonfires), but I’m more likely to go for a contemporary novel. As a novelist and as a person I want to be well rounded, but since I write contemporary novels this is what I usually like to read.

Then I got an interesting freelance assignment: to help write test prep questions for an international academic competition. Each year the organization chooses a theme; that year it was The Great Depression. The students were to address it from a bounty of angles: the literature of the times, popular music, the economy, politics, the legal milieu, and how geological conditions contributed to the Dust Bowl in the Midwestern United States that further depressed the economy and pushed a large chunk the population west.

Before the category assignments were given, I bought a copy of The Grapes of Wrath. I applied to the company to write about literature, film and poetry, so I thought I’d get a head start. But because I was fairly new to the team, a freelancer with more experience scored the literature category and I was assigned to geology.

Although I find the fossil record and many aspects of geology fascinating, science was never my strongest subject. But I still had my copy of The Grapes of Wrath and I felt it calling. All I knew of Steinbeck were the novels my teachers assigned me – The Red Pony and Of Mice and Men (banned and/or challenged so many times the references take up two pages in the list of classic banned books.) I didn’t know much about Steinbeck’s life and why he chose to write about this particular subject, but his prose style hooked me from the first page.

As I read, I could see why some people wanted it banned. Yes, we have the usual complaints about taking the Lord’s name in vain, the cursing and the sexual references (which are laughably tame by today’s standards) but the biggest one was that Steinbeck took the side of the fledgling unions, which, at the time, was tantamount to declaring yourself a communist. Although the record shows that nobody who wanted this book off the shelves or out of the hands of young people referenced its politics.

Many an artist, writer, or filmmaker had been blacklisted for writing about communism, back in the days of the McCarthy witch hunts, and it was extremely brave of Steinbeck to write this novel. Which made it that much more appealing to me.

Not only is he a brilliant writer, but in pinpoint focus he takes a snapshot of what life was like for a subset of Americans during this time. How deep their struggles, how they bore their losses and kept their heads high and moved on. In a community where you lose your land, can barely afford to eat let alone bury your loved ones when they die, it makes complete sense that a preacher would lose his faith in God, a father would want to work to feed his family no matter the consequences, and occasionally people would swear. I can’t imagine a world where a book like this would be banned, where the only fossil record of the Dust Bowl years would be found in dry textbooks and not through the eyes of the Joad family.

What’s the last banned book you read? Did you like it? Do you think it deserved to be banned?

9 thoughts on “Honor a Banned Book”