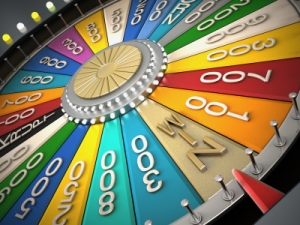 One summer afternoon, not too many months after Husband and I had bought our house, I walked up the hill to a neighbor’s. She and her family were hosting a barbecue. We’d been invited to events at their home before, but that was during the winter. As I reached their yard, another neighbor screamed up to me in her little red sports car.

“Get in and hold my watermelon,” she yelled out the window. I asked why, which felt like a perfectly natural question. Weren’t we here already? Where were we going with a watermelon, and why did I need to hold it? She didn’t seem to understand my confusion. We went a couple of rounds and she finally said, “Just get in the freakin’ car already.”

So I did. Then I understood. The barbecue was being held in the giant, bumpy meadow adjacent to their home. Who wanted to carry a watermelon all that way or have it bounce around the interior of one’s car? Judging from the three or four other vehicles already parked in the grass, nobody else wanted to carry their goodies, either.

This is mainly a long-winded example to show that I’m not much of a risk-taker in my normal life. I want to know where I’m going and why, and if you ask me to hold your watermelon, expect a few questions.

But writing fiction is a different story (ouch). I take tremendous risks. If it’s organic to the character and the plot, I will jump out windows, face terrible odds, say things that I would never dare say to real-life people who ask me to get into their ridiculously tiny cars and hold their fruit. And I’m not sure what’s going on with me, whether it’s getting my writing “sea legs” or if I need to be medicated in some way, but with each novel I publish, I seem to be taking greater and greater risks.

I don’t do this to be cavalier or take risks for the sake of the adrenaline rush. I’m doing it for my characters, who are like real people to me. I’m doing it for the authenticity of my stories. Some readers might not like all my choices. In Sliding Past Vertical, I have some edgy, broken characters who don’t always do the right thing. And that’s another risk I take.

Because my upcoming novel feels riskier than normal to me, and because I count myself among writing professionals who are not so cavalier as to publish without input and the fresh eyes of test readers, I widened the beta circle on this one. Letting more readers in earlier in the process is an idea I borrowed from Guy Kawasaki. This method has been working out well for him. He says that more feedback earlier on improves his final product.

In some ways, Kawasaki’s concept has been working well for me. Beta readers—awesome, fabulous people, all of them—have caught things that others have missed. They have brought to my attention details that need focus and cultural references that need to be refined or changed. It’s also given me a bit of a “focus group” experience. That can be good and not so good. Honest, objective input from a few people can fine-tune a novel and reveal pesky unresolved threads, poorly developed characters, or awkward sentences. Honest, objective input from a crowd can get a little confusing. Author Martin Crosbie has written that in the face of divergent opinions, it’s up to that “little voice” inside every writer to parse through this input and see if it rings true with your vision for the story and the characters. If only one test reader out of ten hates X about the story, you might be dealing with personal preference. And that’s fine. As human critters, we have different tastes, and everyone isn’t going to like everything about any novel. This is why it’s a bit of a comfort for an author to see how many one-star, awful reviews a literary “masterpiece” has garnered.

But trusting that little voice and making the right choices for a story is an art in itself. Even after writing for twenty-five years, I’m still learning.

I hope I never stop learning.

For the writers out there, what sorts of risks have you taken in your work? Readers, care to weigh in about edgy characters or stories and which ones have captured your imaginations?

8 thoughts on “Risk and the Novelist”