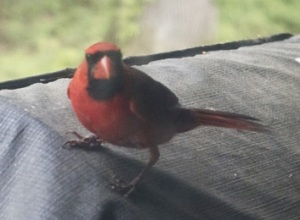 I just spent the last few hours researching images for my next book cover. It’s a contemporary romance with gay male protagonists, a sequel to a novella I published a few months ago. For that cover, I went with an image of midtown Manhattan because it captured what I wanted.

For this one, call me crazy, but instead of a pure scenic, I’d hoped to find a picture of an actual human with a strong resemblance to one of my guys. (No, it’s not my feathered friend over here, but he’s pretty angry, too.)

When I went hunting, I popped in search terms that I thought would bring up images of two men, or even one man, and a hint that there were some deep emotions going on. An eye lock, holding hands, huddled underneath an umbrella, having coffee, brooding while watching the rain… You know, the sorts of things most couples in romance-novel conflict do that you could put on a book cover that doesn’t imply you’re getting the racier variety of gay contemporary novel. I have no problem with M/M style stories; it’s just not what I’m doing for this one.

What I found made me angry. Stereotypes abounded. There were guys in drag or putting on makeup, half-naked men wrapped in rainbow flags, and nearly every couple had their shirts off, were striking some sort of comical pose, looked like the “Men on Film” guys Damon Wayans and David Grier portrayed on In Living Color, or were touching their toes in their underwear. I appreciate the aesthetic of a half-naked man—hey, I’m female and still have a pulse, but what bothered me was the presumption that to your average stock-photo hunter, this is what “homosexual couple” represents. That it’s all about the sexuality. When I put in “heterosexual couple,” I get happy, smiling men and women out on dates, snapping selfies, bringing flowers, and for the most part, fully clothed and not twisted into pretzels. Why the difference?

Can we talk about this? Because I’m at a loss. And kind of pissed off about it, to tell you the truth.