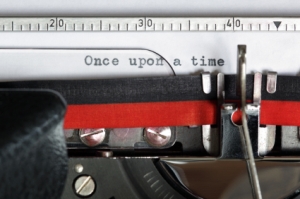 Are you interested in learning more about the publishing choices available to authors and aspiring authors these days? Sponsored by The Glaring Omissions, The Golden Notebook, and moderated by the fabulous Violet Snow, we’ll be having a panel discussion on Sunday, November 9 at 4:00 at the Christian Science Center, 85 Tinker Street in Woodstock.

It’s a tough decision for a writer. Do you bang your head against the wall of trying to get an agent and a traditional publisher? Do you self-publish, take 100 percent responsibility for editing and promotion, and risk falling into the void? Panelists will discuss the advantages and pitfalls of pursuing the various routes to publication and what to consider when making the big decision.

This event is NOT a how-to-self-publish workshop but a sharing of experience about avenues to publication.

A bit about us:

Bob Wyatt has been involved in the making and distribution of books from his days as a bookseller for the Fifth Avenue Doubleday Book Shop (now Prada), his many years as a paperback editor for Hearst’s Avon Books and at Random House, as an innovator in book creation and distribution for Ballantine Books and its Available Press, as well as in his own company, A Wyatt Book Inc.

Jenny Milchman had an eleven year journey to publication before landing a deal with Random House. Her debut novel, Cover of Snow, went on to win the Mary Higgins Clark award, receive praise from the New York Times and other major media, and was chosen as an Indie Next and Target Pick, while her follow-up, Ruin Falls, came out the following year to starred reviews. On the road during two multi-month, cross-country book tours, Jenny has tried to share the message of never giving up on your dream.

Laurie Boris is a freelance writer, editor, proofreader, and former graphic designer. She has been writing fiction for over twenty-five years and is the award-winning author of five novels. When not playing with the universe of imaginary people in her head, she enjoys baseball, cooking, reading, and helping aspiring novelists as a contributing writer and editor for IndiesUnlimited.com.

Simona David is a writer and media consultant who resides in the Catskill Mountains. She is the author of Self-Publishing and Book Marketing, A Research Guide (2013), and Art in the Catskills (2014). For more information, visit simonadavid.com.

Come, join us for a lively conversation.

4 thoughts on “To Self-publish or Not: A Panel Discussion in Woodstock”